Update your browsers, folks! I've moved and have settled into to a comfy new home at a brand new web address, not to mention a fancy new site! You can now follow my adventures in a Small Boston Kitchen at www.SmallBostonKitchen.com.

I'm going to let you in on a little game that we've become obsessed with at home. We don't have a name for it, we simply just call it "The Countries Game". Not an entirely creative title, but that's just fine by us. To play, we have a bag that is full of little pieces of paper that have random countries on them. Some a little more main stream (France, Italy, Greece, Mexico, and so on) and some a little less familiar (Kazakhstan, Mongolia, Zimbabwe, to name a few). As often as we have time for, we each draw a new paper from the bag and throughout the week, we have to prepare a dinner, either a starter or dessert and a beverage pairing from that country. So far, we've experienced food from Venezuela, Brazil, Scotland, Switzerland, Greece, Norway and Haiti. We even took the game further by adding random things into the bag as well, such as US regional cuisine (we had Hawaiian), Holidays (like Thanksgiving, 4th of July, etc.) and other themes (we've had take-out Chinese food).

The idea for this game came to us on our honeymoon, actually. We had a stopover in Dublin and, not being able to resist the urge to try something while there (and having a couple of Euros left to blow), we shopped around the terminal, trying as much as we possibly could. Brown Bread crackers, Irish Cheddar cheeses, an order of bangers and mash and a pint of Guinness were all on the list of things we tried and we couldn't help but be inspired by things that are so simple and common to a country, and we can't even really say that we experienced the country itself. Why couldn't we do something like this at home?

Not only has this ongoing game been extremely fun to play, it's also been so great for us, professionally speaking. We've learned a lot of interesting techniques and we've been able to use a lot of what we learn in our everyday cooking for our clients. We have few rules to the game but the dishes have to be prepared somewhat classically, to give us a sense of how things are traditionally made and enjoyed in each given country. Some of our favorites that we've made so far have been Norwegian potato flat bread, Huli huli chicken from Hawaii (which is as fun to say as it is to eat) , Brazilian Feijoada, Chinese take-out scallion pancakes and general tso's chicken and corn cakes from Venezuela. We've also taken to listening to music of that country (thank you, internet) while we eat for the whole experience.

Coming up this week, I have drawn Botswana and will be making food from that part of the world and Richard has drawn Jamaica. (Fingers crossed he makes jerk chicken and beef patties!) The last detail of the game is that once the country is drawn, it is returned to the bag and can be drawn again. That way we have the opportunity to experience even more from that country, holiday or random meal. I'll continue to update you all on how this is going and what we make.
Posted by The Small Boston Kitchen 29 comments:

Email ThisBlogThis!Share to TwitterShare to FacebookShare to Pinterest
Labels: The Countries Game 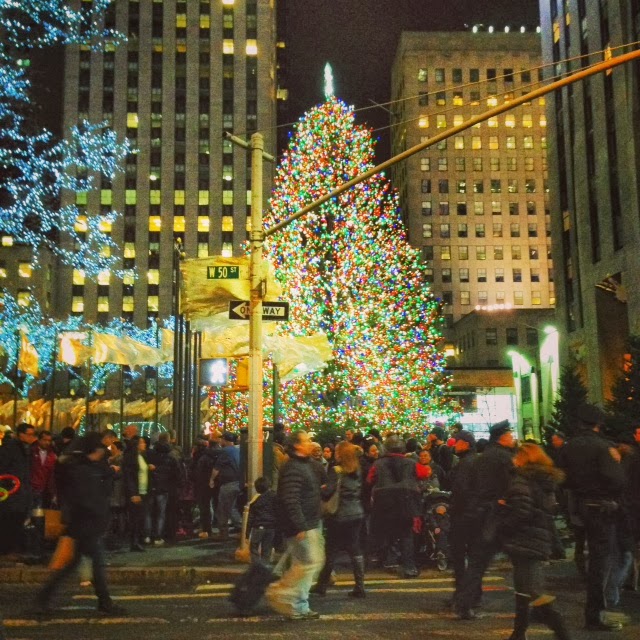 In what has become an annual event, we spent a couple of days before Christmas in New York City. This trip was part celebratory, we really had a great year - we got married, traveled to Italy for our honeymoon and have been growing our personal chef and catering company steadily. The other reason for our visit was inspirational. The food scene in New York is like none other, changing constantly and in many areas, way ahead of the curve. I always leave inspired and full of ideas that I can apply to my own cooking.

There's always a couple of places that we will always visit every time, places like Katz, for sentimental reasons, and also for pastrami loving reasons, as well as Momofuku Milk Bar (damn you perfectly delicious corn cookies and cereal milk). This year we also added another one to our "must return to list", Don Antonio. Run by the same people that own Starita in Naples (that we walked past while we were there on our honeymoon but we were too stuffed to try), the pizza here brought me right back to Italy and was the closest version that we've found of traditional and authentic Neapolitan pizza. A flavorful and slightly doughy crust, bitten by char with splotches of milky mozzarella and a light sauce of San Marzano tomatoes, I could taste each and every component of the pizza with each bite. We stopped here on one of our first nights in town and we threatened a second visit but ran out of time.

We also ate our fair share of Ramen, first stopping at Ivan Ramen. I had just read the book cover to cover. I loved the noodles. They are non-traditional rye noodles, a nod to his Jewish heritage and I enjoyed the chew and how the fat of the soup hugged each strand. The broth, on the other hand, was a little too fishy for me. The second bowl of Ramen we had was from Momofuku Noodle Bar. We had eaten here before but never had the ramen and we were not disappointed. The broth was so smoky and meaty with an egg further enhancing the broth once it was stirred in. We had hoped to try Ippudo but the lines to get in were hours deep. Next year?

In addition to Ramen, we had some classic New York establishments on our list. We stopped at Murray's for bagels and were disappointed. My everything bagel seemed stale, making me really work to chew it. The cream cheese on the other hand, was so fresh and deeply tangy, it was more memorable than the bagel. 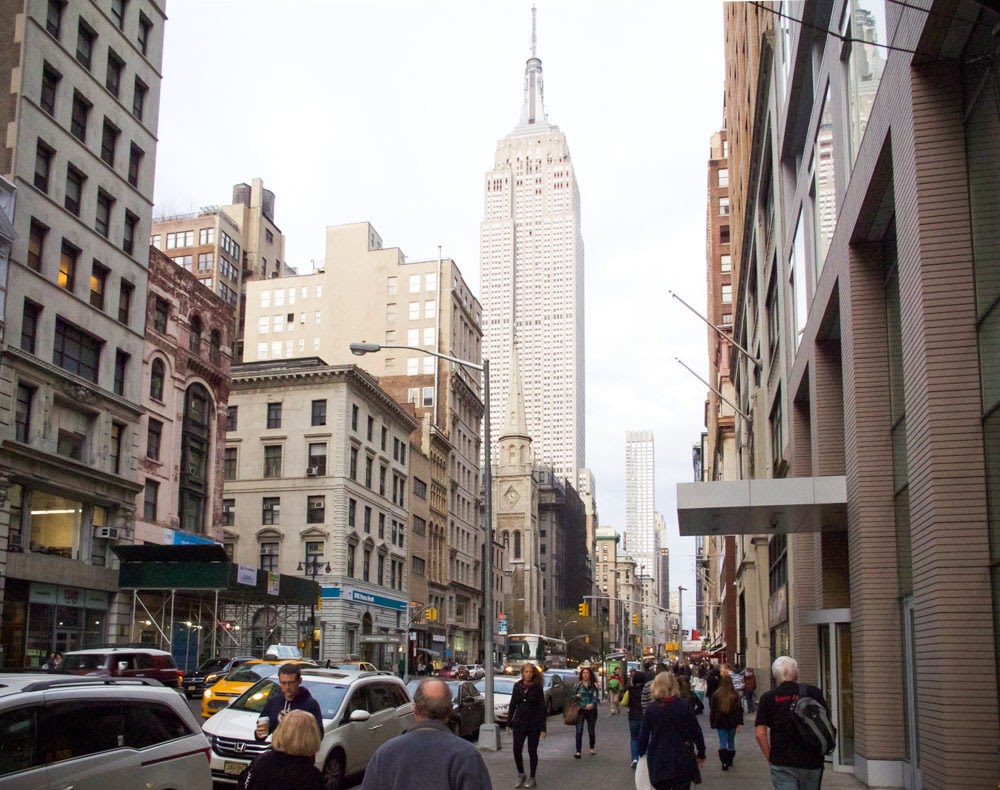 When we travel, we have an eating rule. If you're not enjoying what you've got in front of you, don't finish it. It saves valuable stomach space, which is a premium on these sorts of trips. So we chucked our bagels after a couple of bites and a couple of blocks down, we ordered a hot dog from Gray's Papaya, to see what the fuss is all about. A famous landmark known for their cheap 'dogs, we also had a namesake papaya drink. I get the allure; a small spot, standing room only that smells of hot dogs. Crowded with grumpy elderly New Yorkers and one lady violently demanding directions somewhere and being answered with a simple shrug by the hot dog slinger, we enjoyed our hot dog. It felt New York. It wasn't special but I can understand that if you grew up on these hot dogs, you'd have a soft spot for them. Similar to how Bostonians feel about Fenway Franks, I assume.

Also of note, we enjoyed a burger at The Corner Bistro, which had the atmosphere that you'd want a great burger place to have. Almost seeming like a well kept secret and that perfect mix of simple and gritty, with not a lot of thought put into the decor and only a simple menu with burgers and a couple of other sandwiches, we split a cheeseburger and an order of fries. Simple and straightforward with well-seasoned and loosely packed beef that was so juicy, the simple sesame bun could barely contain it all.

Another meal of note, we stopped at Wylie Dufresne's Alder for brunch. Creative and playful, this menu kept us on our toes with things like "egg yolk pepperoni" that rested on top of homemade bagel pizzas that were reminiscent of our youth and clever bacon, egg and cheese Gyoza and French Onion Soup Rings.

This trip means so much to us each year because it gives us a chance to break away and unplug from everything, focus on getting new ideas, having long and in depths conversations on food, the future and everything in between. We left New York ready for a salad, a nap and maybe a session at the gym, but we also left with creative inspiration, feeling relaxed, rejuvenated and ready for a new year. 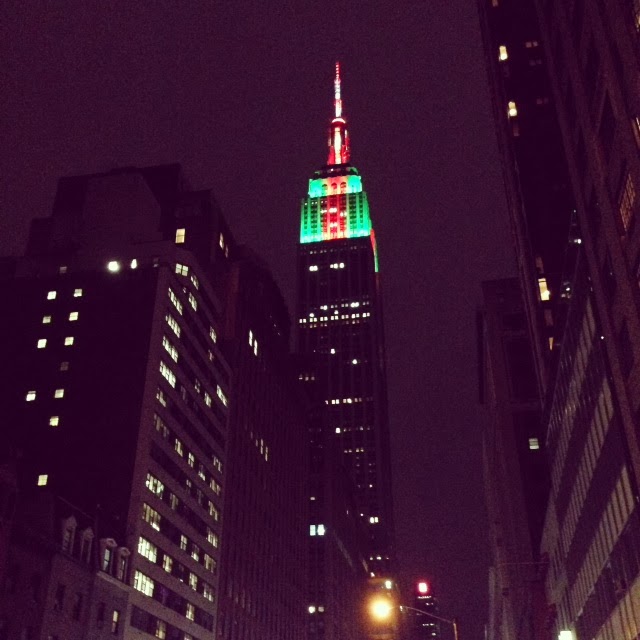 There isn't much exciting about standing over a pot of milk that is slowly coming to a specific temperature over a period of time but once other ingredients start to get added and the milk and it starts to thicken and separate from the whey, it's hard to contain the excitement. I've just made fresh cheese.

I'm starting off slowly and really trying to get an understanding of the basics. So far, I've made a batch of ricotta, so creamy and smooth yet bearing such a strong milky flavor that generic store bought ricottas just don't have. We found ourselves making any excuse to slather a healthy dose of it onto good, crusty bread and we used it in sandwiches or dotted it on homemade pizza and baked it until it had developed a nice golden brown exterior and warm, gooey center. 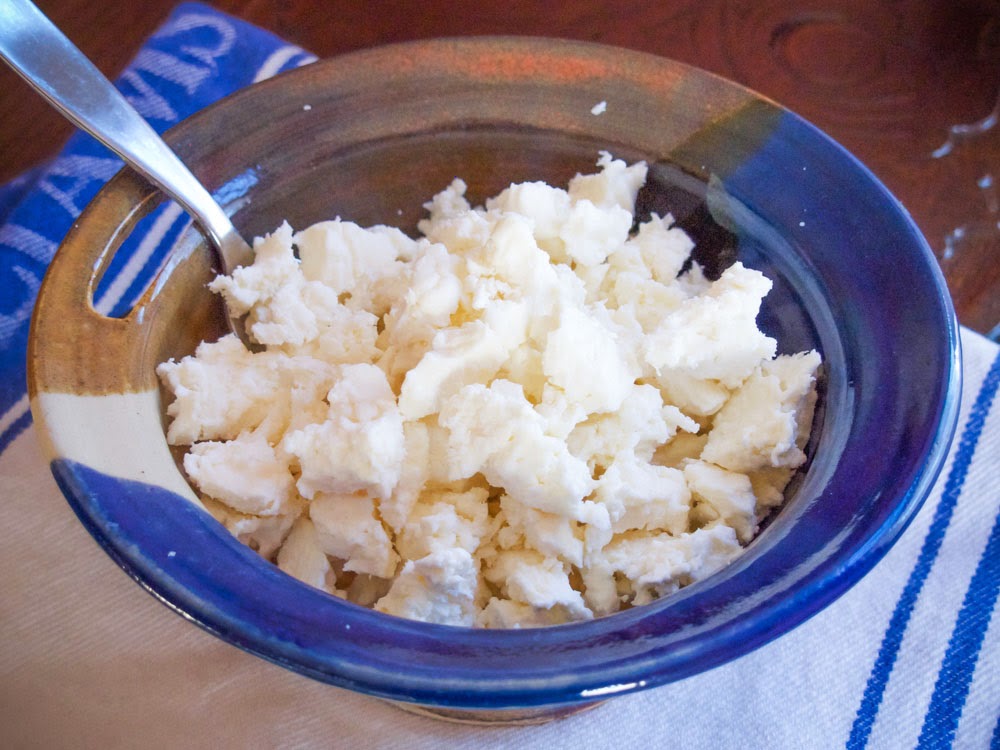 This past weekend, I stepped up my game a little more and made some Queso Fresco. Some of the same techniques that I had learned in making the ricotta were still used (as is the case with most cheeses) but I got to play around with some common cheese making ingredients such as liquid rennet and some other ingredients that give certain cheeses their distinctive characteristics. There was a lot more to it and it also took twice the amount of time it took to make the ricotta and half of that time seemed like nothing was happening. I had just started feeling guilty about the potential of having to toss two gallons of milk down the drain when it all just came together and I had perfectly firm curds that had formed. It was such a rush! I had just made cheese and I felt so proud of it I was beaming. The cheese came out just as I hoped it would - firm curds so purely white and that slightly squeaked with each bite. It was deeply flavorful with that intense milky flavor that I'm learning fast, only homemade cheese can provide. I used the queso fresco to dust on top of some homemade enchiladas and am now brainstorming other uses besides the obvious Mexican fare to utilize my almost three lbs (!!) of cheese. I'm thinking a fun version of poutine may be in order..

I'm so hooked on making cheese and am diving in full speed. I've got a nightstand full of a stack of books on cheeses and last night I was up studying milk and am hoping to source different milks from various local farms and I'm looking forward to advancing my cheese making to include aged cheeses. I'll be sure to keep you posted on how things are going!
Posted by The Small Boston Kitchen 7 comments:

The Small Boston Kitchen
Private Chef, Caterer and Food Writer, co-owner of The Skinny Beet. Self proclaimed food-geek and lover of all things Boston, cooking up original and creative recipes from my wicked Small Boston Kitchen. Contact: KNBarszcz[at]gmail[dot]com

Friends of The Small Boston Kitchen

Promote Your Page Too